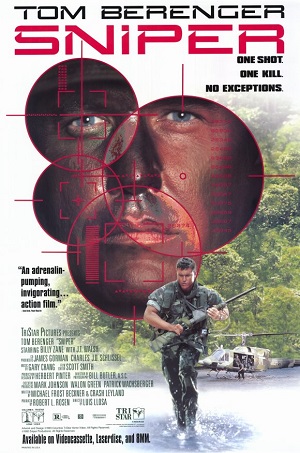 Sniper is a movie franchise that began as a 1993 action thriller directed by Luis Llosa and starring Tom Berenger as Master Gunnery Sergeant Thomas Beckett, a seasoned sniper whose missions have made him spent more time in the jungle than just about everyone else in his field. CIA agent Richard Miller (Billy Zane) is assigned to take out a Panamian insurgent leader with Beckett's aid, but his inexperience causes friction with Beckett, while they're also being pursued by another sniper who killed Beckett's previous partner.

It was followed by many direct-to-DVD sequels. As of the fourth movie, Thomas Beckett's son Brandon (played by Chad Michael Collins) has taken over as the main character of the series, although Thomas himself continues to appear in subsequent films in a supporting role (except for Reloaded and Ghost Shooter). The full franchise consists of the following: