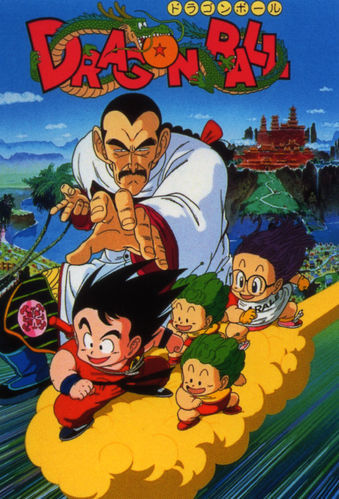 There's something different about this scenario, but I can't place my finger on it...
Dragon Ball: Mystical Adventure is the third Dragon Ball Movie, set in an almost entirely different continuity than that of the manga and anime.
Advertisement:

The story is that Emperor Chiaotzu of the country of Mifan is looking for his doll wife "Ran-Ran" and sets up a tournament at the advice of his advisor Shen to locate the Dragon Balls. Goku and Krillin are invited to said tournament and the gang are roped up in a grand journey of martial arts, treachery, and adventure.

The movie is a condensation of the Red Ribbon and 22nd Tenkaichi Budōkai, but in an entirely different setting and with several twists to the stories of both.