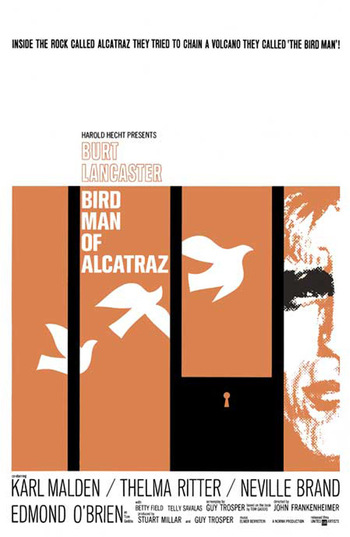 Birdman of Alcatraz is a 1962 film directed by John Frankenheimer and starring Burt Lancaster in the title role, with Karl Malden, Thelma Ritter, Neville Brand, and Edmond O'Brien in supporting roles.

It is a fictionalized version of the life of Robert Stroud, a federal prison inmate and convicted murderer known as the "Birdman of Alcatraz" because of his life with birds. In spite of the title, much of the action is set at Leavenworth prison, where Stroud was jailed with his birds; when moved to Alcatraz he was not allowed to keep any pets.

Alternative Title(s): The Birdman Of Alcatraz