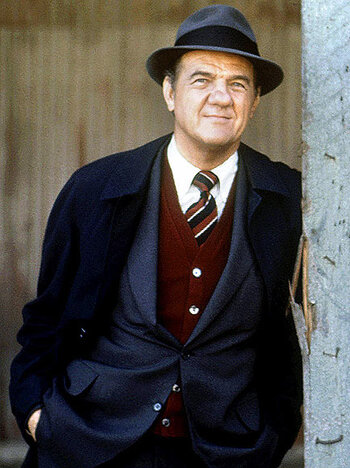 He is best known for having primarily been a character actor, especially in such classic films as A Streetcar Named Desire (1951), for which he won the Academy Award for Best Supporting Actor, On the Waterfront (1954), Pollyanna (1960), and One-Eyed Jacks (1961), although he also played more high-profile roles in films such as Baby Doll (1956), How the West Was Won (1962), Gypsy (1962), and Patton (1970). He would later go on to portray Lt. Mike Stone in the primetime television crime drama The Streets of San Francisco (1972–77), and became well-known as a commercial pitchman for American Express Travelers Cheques ("Don't leave home without them!").

He was married to Mona Greenberg and they had two children.