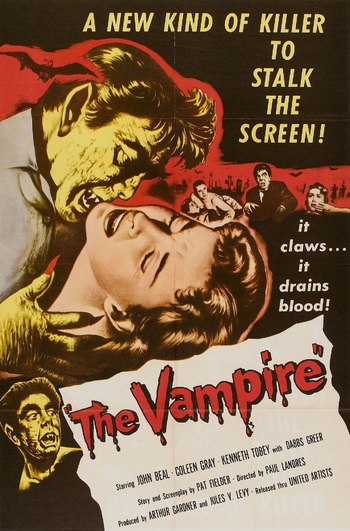 "It feeds on the blood of beautiful women!"
Advertisement:

A small town doctor is given a bottle of pills by his dying friend, so he can hide them. Soon after, he accidentally takes the pills because his daughter confused them for migraine medicine. Soon, he's hooked. What's worse is that the pills were made of vampire bat blood, and turn whomever takes them into a bloodsucker.

Alternative Title(s): Mark Of The Vampire 1957