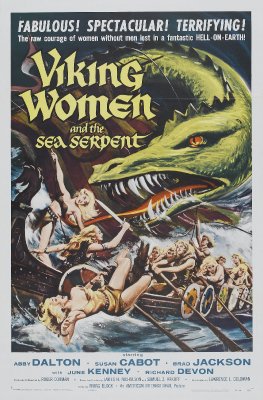 A 1957 Roger Corman film whose actual title is The Saga of the Viking Women and Their Voyage to the Waters of the Great Sea Serpent.

A group of lonely Viking women build a ship and set off across the sea to locate their missing menfolk, only to fall into the clutches of the barbarians that also hold their men captive. There is a cameo appearance by the sea serpent.