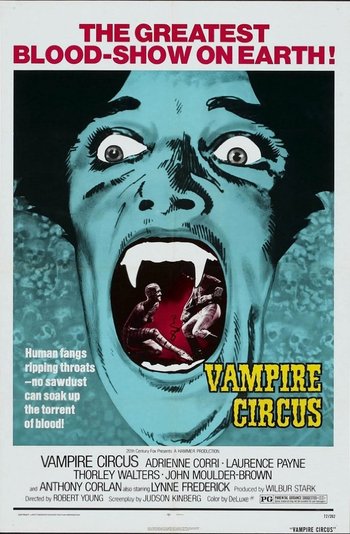 In a small Serbian village, the rumors that reclusive nobleman Count Mitterhaus is a vampire responsible for the disappearances of other children are proven true as schoolmaster Albert Müller witnesses his wife Anna taking a little girl, Jenny, to his castle to be drained of her blood, Anna having become Mitterhaus' willing acolyte and mistress. Men from the village invade the castle and attack the Count, where they succeeds in driving a wooden stake through his heart. With his dying breath, Mitterhaus vows that he will come back; as it turns out, he had instructed Anna to find his cousin Emil. Soon after, the village is visited by a mysterious traveling circus that calls itself "the Circus of the Night." Soon, young children begin to disappear, and the locals suspect the circus troupe might be hiding a horrifying secret related to the Count.