Film / The Monster That Challenged the World 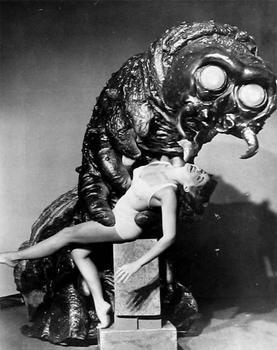 A giant monster film from 1957, directed by Arnold Laven and starring Tim Holt and Audrey Dalton.

A string of disappearances happen on a lake in the middle of a desert. The culprits are revealed to be giant mollusks that start rising up from the depths, and their upcoming numbers threaten the U.S. Navy base nearby, and everything else beyond it.