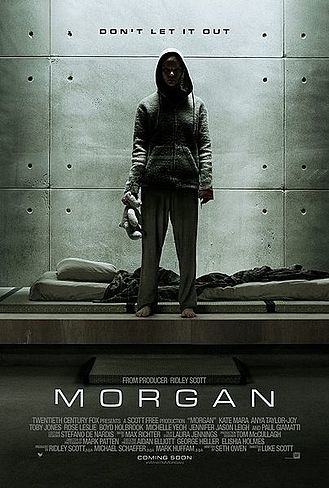 "Do you know the cruelest thing you can do to someone you've locked in a room? Press their face to the window."
— Dr. Cheng
Advertisement:

Lee Weathers, a risk assessment officer for a biotech company, is dispatched to a remote lab facility to assess their most recent work, a synthetic human named Morgan, and to determine whether or not Morgan's attack on one of the scientists merits terminating the program. Things go downhill in a hurry from there.

This film provided examples of: