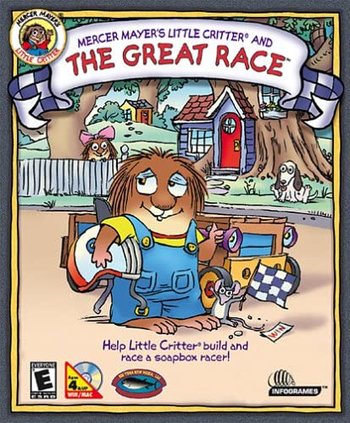 The story involves Little Critter signing up to partake in a soapbox derby race, looking for the materials he needs to build a car for the race, and collecting enough newspapers to recycle so he can obtain a free riding helmet.

Tropes in Little Critter and the Great Race: