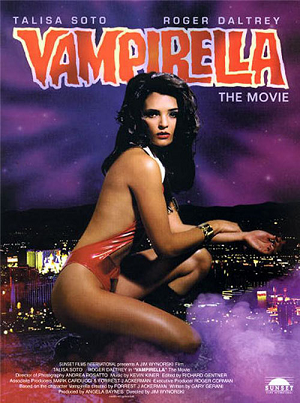 Vampirella is a 1996 Showtime movie produced by Roger Corman and based on the Vampirella comics.

Vampirella (Talisa Soto) is a member of a society of vampires living in peace on the planet Drakulon when the traitorous murderer Vlad escapes his trial and kills Vampirella's father before fleeing to Earth. Vampirella follows him to the planet for the sake of revenge and runs into a group of vampire hunters including Adam Van Helsing who are willing to help her with her mission.