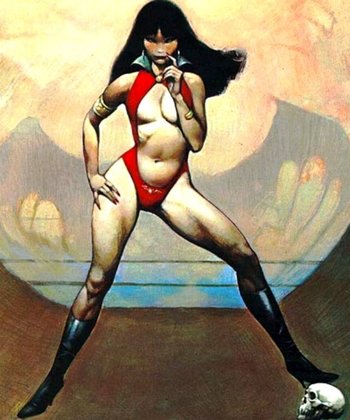 The Queen of Screams
Click here to see 2016 redesign 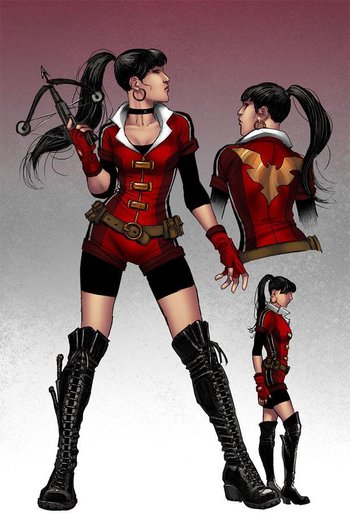 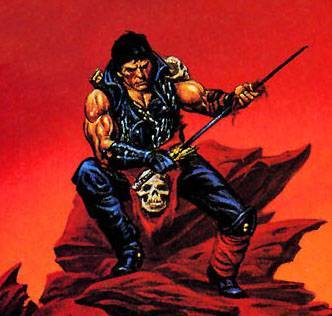 More metal than most love-interests.
Adam van Helsing along with he's father Conrad was a vampire hunter. On one of their hunts they happened upon Vampirella, who was not like other vampires. She did not fear crosses or sunlight. Adam fell in love from the first sight.
Pendragon 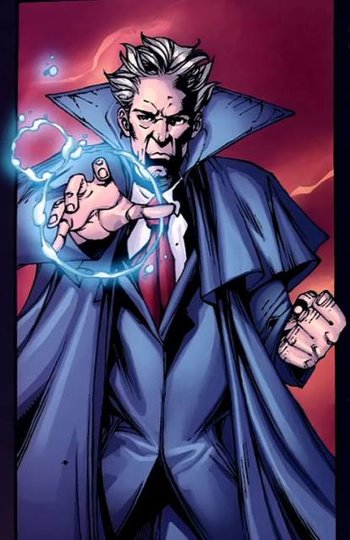 An alcoholic stage magician who is also Vampirella's most trustworthy ally/friend.
Dixie Fattoni
The daughter of a crime boss who got involved in a territorial war with vampires. Their enemies turn Dixie's twin sister Pixie in a vampire and forces Dixie to kill her own father. Vampirella takes the young girl into her wing and joins the fight against the vampires who ruined her life.
Lorelei 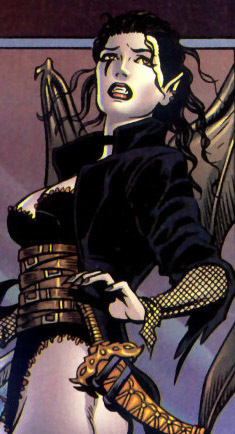 A vampire native from Drakulon, she becomes Vampi's ally after the latter is trapped in the planet. 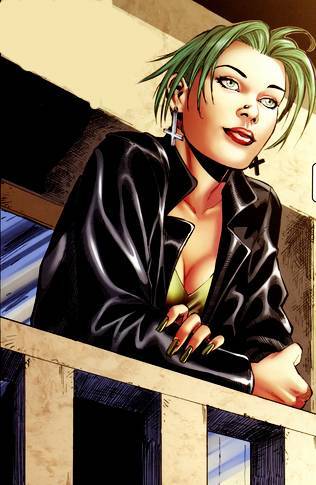 A character who replaced Adam Van Helsing as Vampirella's main sidekick and associate in the 2010 reboot.
Tristan 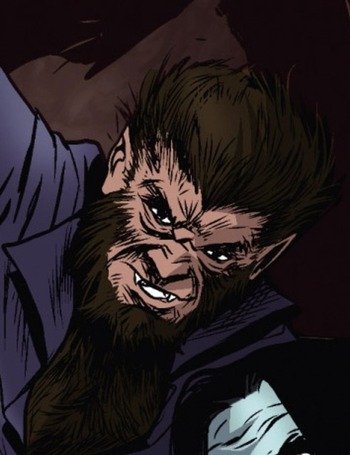 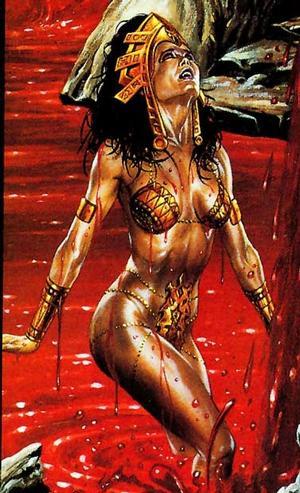 Adam's first wife (the Biblical one, not the Adam listed above) and Vampirella's mother.
Drago 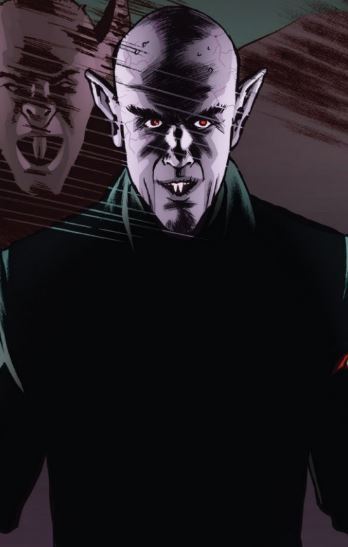 King of the Nosferatu, Lilith's son and Vampirella's half-brother. While an evil vampire himself, he becomes an unlikely ally to Vampirella during "Our Lady of Shadows" story arc, assisting her in getting rid of the Umbra's curse in the 2014 Dynamite publication. 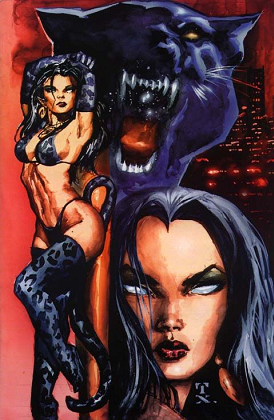 A friend of Vampirella's, she is initially believed to be alien shapeshifter from Drakulon who had the power to transform into a black panther. She is revealed to have been a ancient Egyptian cursed by the gods with immortality because of a spree she went on long ago. 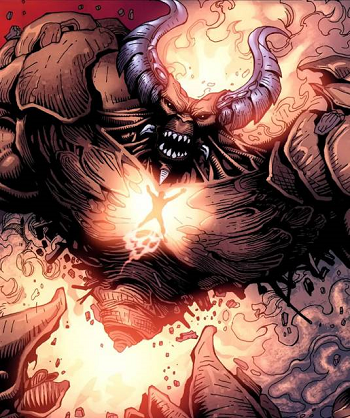 The King of Hell and one of the most powerful foes which Vampirella has ever faced. He is usually behind whatever force Vampirella is facing. 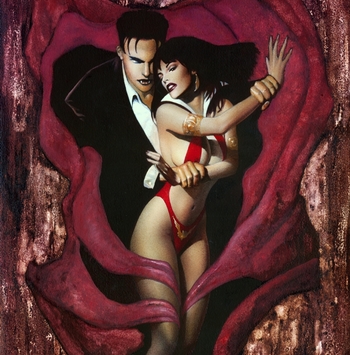 The King of the Damned
A high-ranking member of the Drakulon race who was executed by a disintegration ray, accidentally teleporting him to the realm of Chaos. Spending many centuries there, he was warped by its energies and transported himself to Earth where he became the first of the vampires.
Von Kreist 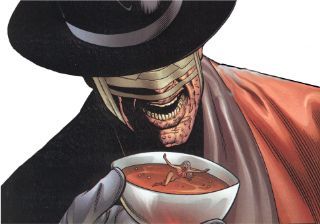 Originally a Prussian officer in World War One who made a Deal with the Devil in exchange for immortality, Von Kreist is a sadistic misogynist bent on destroying people's lives for his own personal gains. 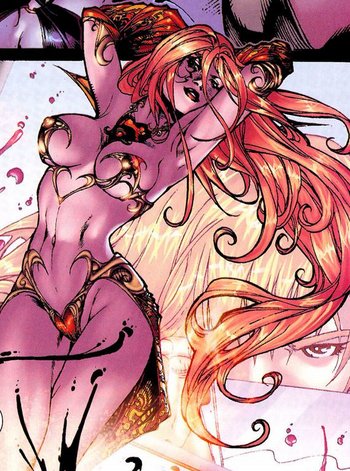 The Queen of Hearts is a demonic entity that possesses and moves from person to person through a playing card. She serves under the god, Chaos,and wishes to be his queen.

Professor Benjamin Quatermass is a time travelling scientist from the future who strives to control all of time.

A half-demonic daughter of the Mad God Chaos, she was groomed to spread strife and violence upon the world. She vowed to destroy Vampirella in retaliation for all the vampires and demons she murdered.

Originally an agent of the Danse Macabre, Hemorrhage possesses the ability to control and manipulate blood and has an appetite for murder and combat. This lead to him taking out a hit on Vampirella which he failed. He ultimately ended up working for Nyx.

Mamba
A snake goddess and enemy of Pantha.