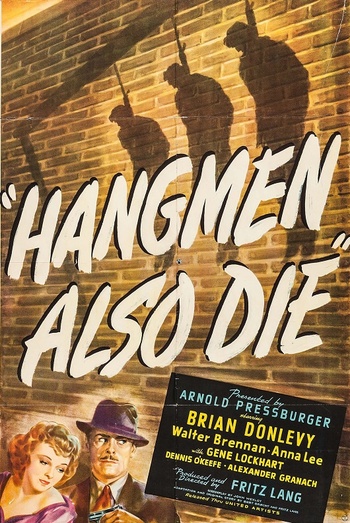 Hangmen Also Die! is a 1943 American Film Noir directed by Fritz Lang from a screenplay by Bertolt Brecht.

It is a dramatization of the aftermath of the assassination of Reinhard Heydrich in the Protectorate of Bohemia and Moravia (Nazi-occupied part of Czechoslovakia) during World War II.