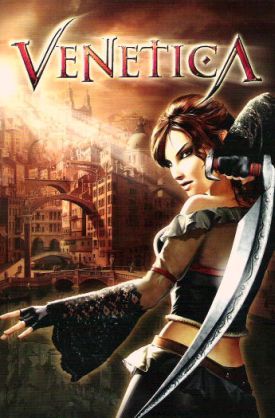 One minute you're at a party with your boyfriend on his last day in the village before shipping out with the local order of warriors. Next thing you know, you're fighting trained assassins with a fire poker, finding out that 'dead' doesn't apply so much to the daughter of the Grim Reaper, and taking a trip to sixteenth century Venice.

Venetica is a Western action-RPG released by Deck13 in 2009 for the PC, Xbox 360 and PS3, where you play a female character named Scarlett in a version of historical Italy that resembles real Venice in that it has a city, which has canals.