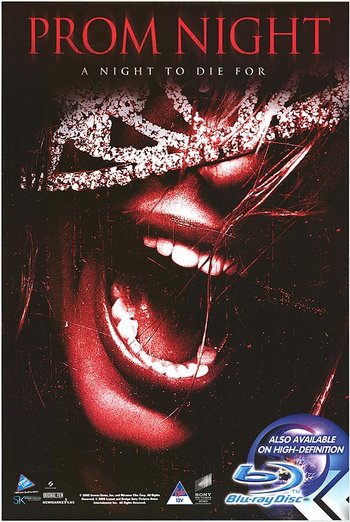 Prom Night is a Slasher Movie from the year 2008 starring Brittany Snow, Idris Elba, Scott Porter, Johnathon Schaech, and James Ransone. It is an extremely loose remake of the 1980 film with the same name.

It is about an ex-teacher named Fenton, who is murderously obsessed with one of his students, played by Brittany Snow. Managing to escape from the police, he's prepared and determined to get to her at any cost during her senior prom.