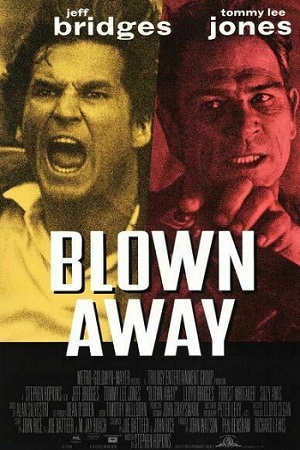 Ryan Gaerity (Jones), an insane Irish terrorist, escapes from his cell in a castle prison in Northern Ireland. Meanwhile, in faraway Boston, Lt. Jimmy Dove (Jeff Bridges) is a veteran bomb disposal technician for the Boston Police Department bomb squad. He irritates his captain, partner and everyone else when he plays hero and disarms explosives.

Nobody, except for his uncle Max O'Bannon (Lloyd Bridges), knows of Jimmy's past during The Troubles. Originally from Belfast, Northern Ireland, Jimmy's actual name is Liam McGivney. He had been friends and partners with Gaerity, who, unbeknownst to him, was a freelance terrorist. After a botched attempt to stop Gaerity led to the bomber's imprisonment and the death of his girlfriend (Gaerity's sister), Liam fled to the USA.

Coincidentally, Gaerity ends up fleeing to Boston after his escape to hide. By chance, he sees Liam on the news at his favorite pub, which sets in motion his revenge plot.