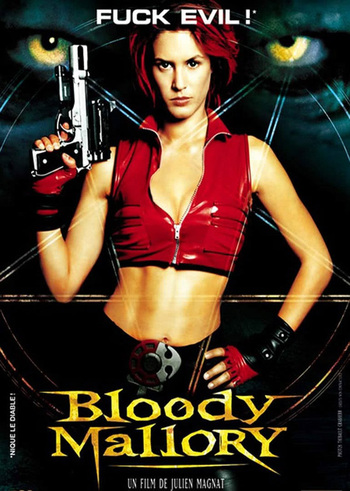 Evil has a new enemy.
Advertisement:

Mallory is an Action Girl demon hunter working for the Vatican. While battling an attack on some nuns, her team is attacked by the damned. At the same time, the Pope is kidnapped. Seeking vengeance and rescue, Mallory enters a mysterious pocket dimension where she uncovers a conspiracy to bring Hell on Earth.

Can our heroine save the Pope and humanity?