Film / The Blood of a Poet 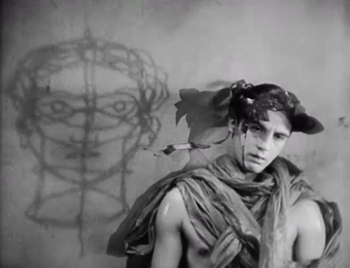 The Blood of a Poet is a 1932 featurette (55 minutes) directed by Jean Cocteau.

It's an extremely odd film with no linear narrative. It can be best described by being divided into sections.

This film was the only film appearance of Elizabeth "Lee" Miller (she's both the statue that comes to life and the card-playing woman), who later went on to great fame as a photographer.