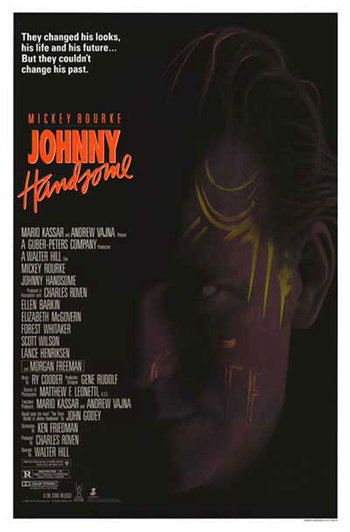 Rourke portrays John Sedley AKA Johnny Handsome, a deformed man and a robber/planner who ends up in jail after being betrayed by two thieves who took part in the robbery that also saw his friend getting killed. Shortly after, he gets a facial reconstruction surgery that turns him into a normal-looking man with a new identity and a start in a new life. But John has one thing on his mind: revenge on the thieves who wronged him.