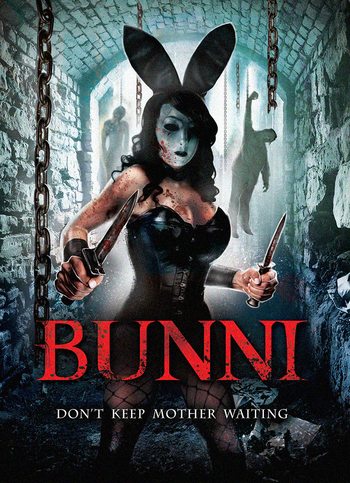 Bunni is a Horror Film by Daniel Benedict.

On Halloween Night, four friends, at the behest of one of their own, Chris (Kent Blue), decide to check out a derelict Halloween Store they were passing by. Despite the warnings of a homeless guy (Steve Champion), they decide to bust in through the boarded up front door.

Once inside, Chris is like a kid in a candy store, while everyone else is just going along.

However, once inside, they all soon find themselves being stalked by a mysterious killer.