Film / Bullet to the Head 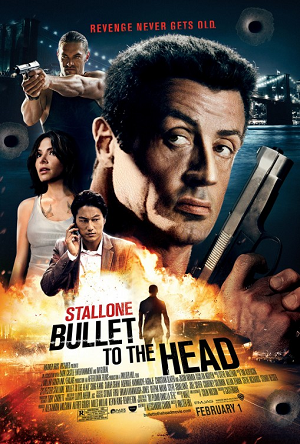 Bullet to the Head is a 2013 action film directed by Walter Hill, starring Sylvester Stallone as hitman Jimmy Bobo, Jason Momoa as rival assassin Keegan and Sung Kang as Detective Taylor Kwon. After their respective partners die, a New Orleans hitman and a Washington D.C. detective form an alliance in order to bring down their common enemy.

Not to be confused with the John Woo classic Bullet in the Head.