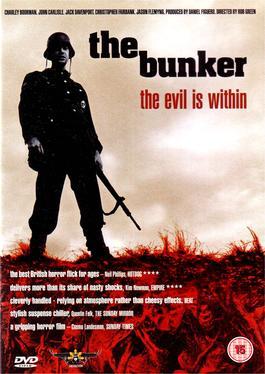 The Film takes place in the waning days of the Second World War and follows a Platoon of German Panzergrenadiers who, after surviving an American ambush, become trapped in an Isolated Bunker on the German-Belgian border. Thinks quickly go From Bad to Worse as the Soldiers discover that the Bunker sits on top of a network of tunnels, and that they may not be so safe in the Bunker after all.

The Bunker contains examples of: