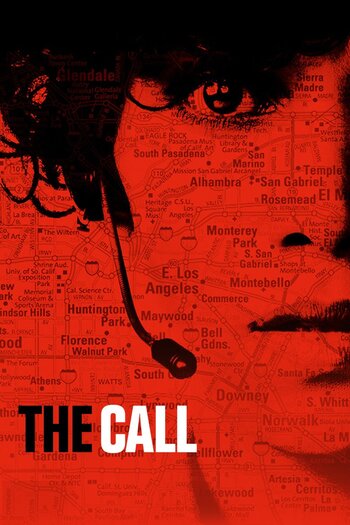 The Call is a 2013 American thriller film from WWE Studios, directed by Brad Anderson and starring Halle Berry and Abigail Breslin.

9-1-1 operator Jordan Turner (Berry) takes a call from a terrified teenage girl in a house with an intruder; despite her best efforts to save her, the girl is kidnapped and later found dead, and Jordan is unable to continue in the job.

Six months later, Jordan is now an instructor to new recruits; when a neophyte operator receives a distress call from Casey (Breslin), who's been abducted while leaving a mall, Jordan replaces the flustered newbie. It soon becomes a race against the clock to track down and save Casey, especially when Jordan realizes that the abductor (Michael Eklund) is the same man who killed the first girl...

The biggest hit to date from WWE Studios. And although there is a wrestler in the cast (David Otunga) he plays a supporting role as the partner of Jordan's cop boyfriend (Morris Chestnut).