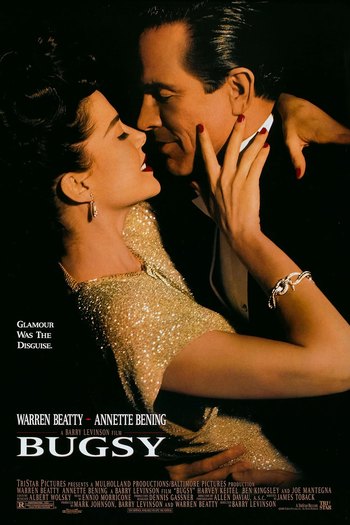 "I only talk this much before I kill someone."
— Bugsy Siegel
Advertisement:

Bugsy is a 1991 film directed by Barry Levinson, which starred Warren Beatty as real-life Gangster Bugsy Siegel and Annette Bening as his mistress, Virginia Hill.

It tells the story of how he and his associates built the Las Vegas Strip. It starts with Bugsy visiting L.A. and being entranced by starlet Virginia Hill. After visiting a humble gambling joint in Las Vegas, he decides to create the Flamingo Casino Hotel. Because of Siegel's extravagance, and Virginia embezzling some of the funds, the budget for the hotel swells to $6 million, riling the mob.