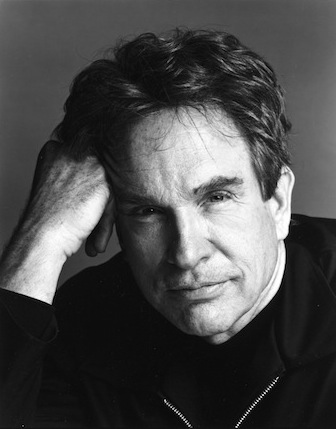 Henry Warren Beatty note It's actually "Beaty" with one T. He just added another one onto his name. (born March 30, 1937 in Richmond, Virginia) is a noted American actor, producer, screenwriter and director who proved to be a real innovator from the 1960s onward, both artistically and in terms of what is possible for artists' careers in American film.

He started out in 1950s Hollywood as a young actor in TV productions as classy as Studio One and Playhouse 90 as well as meat and potatoes work such as a regular in The Many Loves of Dobie Gillis. He then hit the big time quickly in film with the hit, Splendor in the Grass that made him an instant star in the medium with a reputation for his randy pastimes and his reserved attitude to the press.

However, his career soon stumbled with a string of flops, with the low point being starting production on What's New Pussycat? only to make the mistake of asking Woody Allen to write the screenplay. The comic genius took advantage of being given a bit part and proceeded to give himself more and more business by taking the equivalent amount away from Beatty. Beatty put his foot down and walked, hoping the producers would try to coax him back, only to find them calling his bluff and replacing him with Peter O'Toole.

At that point, Beatty resolved to have more control of his projects by becoming a film producer himself, an unheard ambition for an pretty boy actor that young. However, he proved that Hollywood thinking wrong by producing the film, Bonnie and Clyde, an innovative and daring hit that helped usher in New Hollywood.

Afterward, Beatty has distinguished himself with a string of noted films in which he served in various functions in different combinations whether it be acting, directing or producing. They include McCabe & Mrs. Miller, Shampoo, Heaven Can Wait (1978), Reds, Dick Tracy, Bulworth, and Bugsy. Unfortunately, his career has included major bombs like Ishtar and his own production, Town And Country, which bombed to hard that it took him 15 years to do another film. He came back in 2016 by writing, directing and starring in Rules Dont Apply, which unfortunately also flopped.

However, these downturns do not change the fact Beatty made it possible to actors and other artist to stretch their wings and try for far more in their careers than the old stereotypes ever made seem possible. Rumors circulate that he still wants to bring Dick Tracy back to pop culture prominence.

Beatty's older sister is Shirley MacLaine. That's why she didn't get the role of Bonnie in Bonnie and Clyde. No, he's not related to Ned Beatty of Deliverance and Network fame. (Ned and Warren were born with different surnames; Ned was born a Beatty, while Warren was born a Beaty, with only one "t".)

For a long time Beatty was one of Hollywood's most notorious ladies' men, with his famous loves including Natalie Wood, Julie Christie, Diane Keaton, Madonna and Carly Simon, who wrote the song "You're so Vain" about him. He finally met his match in fellow actress Annette Bening and, after professing for years that he had no intention of ever settling down, he finally married her in 1992 and had four children with her.