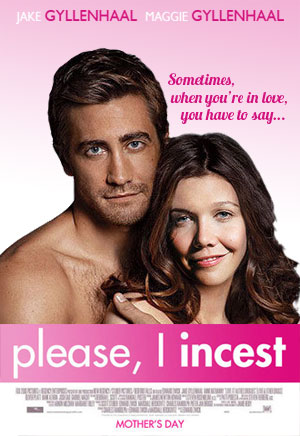 The rarer and possibly Squickier flipside to Cast Incest, where people who are Real Life Relatives have to play romantic partners. This scenario is more common in community and High School theater productions where there is a limited pool of actors to choose from. While producers may be manipulative and hate-filled they aren't invulnerable to potential Squick reaction from the audience or the cast themselves. It also happens a bit in figure skating for some reason.