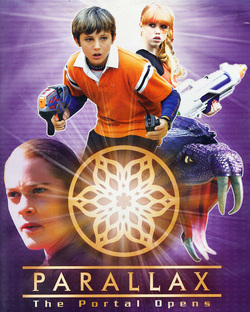 However, he quickly learns that things are not always as they seem, and the thief is not actually Francis, but a doppleganger from another world who has the same name. Ben follows 'this' Francis down through a drainpipe, and arrives in an almost identical Werrinup, where everything is oppressively regulated. Not only that, but his house isn't even the same — it turns out to be the home of his previously unknown sister, Katherine Raddic.

Ben soon learns from his mother that she, himself and his sister are Guardians, who protect the Parallax, a network of alternate universes linked by portals. As he explores the Parallax, he meets new friends in other worlds, fights monsters, and attracts the attentions of Betti, a fallen Guardian with grand plans to 'improve' the Parallax.

While there are an uncounted number of worlds, the ones visited in series are: