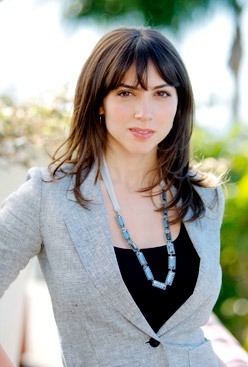 You probably may recognize her from her live-action role as Bianca Montgomery from the soap opera All My Children, Heather Williams from The Young and the Restless, and numerous television and film roles. She was a multiple nominee for the Daytime Emmys Award and won in 2005.

She also does voice acting work, mostly in video games like Final Fantasy XIII, Resident Evil: Operation Raccoon City, Resident Evil 6, and Persona 4 Golden; and even anime roles like Bleach, Iron Man, Stitch!, and Tiger & Bunny. This apparently isn't a surprise, since most voice actors were live-action actors prior to entering the business (such as Johnny Yong Bosch and Mark Hamill) and the fact that her older brother, Sam Riegel, is a voice actor who often works in anime.