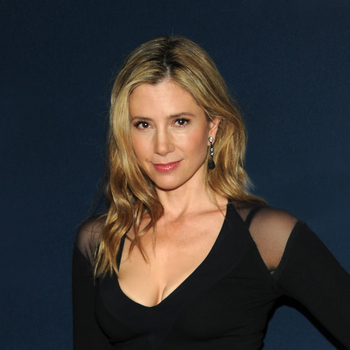 "I take the responsibility of choosing [roles] seriously because it becomes an indelible part of your body of work. Something has to sing to me."
Advertisement:

She's the daughter of actor Paul Sorvino. Among her most famous roles include as Linda Ash in Mighty Aphrodite (which won her an Academy Award for Best Supporting Actress), Marilyn Monroe in Norma Jean & Marilyn, Romy White in Romy and Michele's High School Reunion, Dr. Susan Tyler in Mimic and Detective Kate Morozov in Human Trafficking.

She is married to actor Christopher Backus, with whom she has four children.

Her works on TV Tropes: