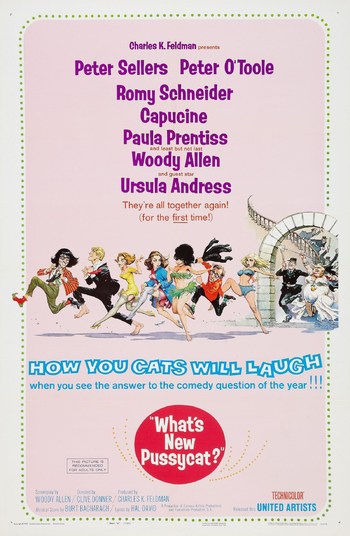 Michael James (O'Toole) is a Parisian fashion editor and notorious playboy who wants to be faithful to his fiancée, Carole Werner (Schneider), but every woman he meets seems to fall in love with him, including Liz Bien (Prentiss), a neurotic American stripper, and Rita (Andress), a parachutist who accidentally lands in his car. His psychoanalyst, Dr. Fassbender (Sellers), is preoccupied with stalking one of his patients, Renée Lefebvre (Capucine), who in turn longs for Michael. Meanwhile, Carole concocts a plan to make Michael jealous by letting his friend Victor Shakapopulis (Allen) try to seduce her. Hilarity Ensues when all of these characters check into a quaint hideaway hotel in the French countryside for the weekend, unaware of one another's presence.