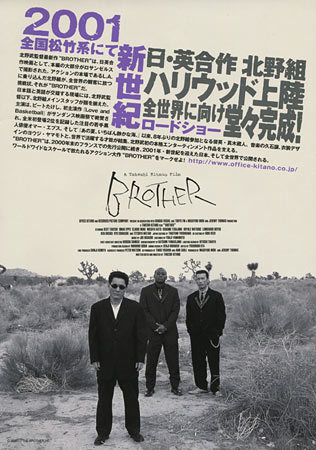 Yamamoto is a yakuza whose boss has been killed by an adversary clan. Fearing for his life, he decides to leave Japan for the US in order to find his little brother who has been part of a small drug-dealing gang. Yamamoto decides to help him, and thus, a new yakuza clan begins to take form in Los Angeles.

While it is similar to other Takeshi Kitano films featuring yakuzas, Brother is different by its settings and its production. Wether it's for the cast or the crew, it is a japanese-american film where Kitano tried to reach for a broader audience, especially an occidental one, after being praised for works such as Sonatine and Fireworks. This is also the first film produced by Kitano's production company Office Kitano.

Unrelated to the Russian movie of the same name.