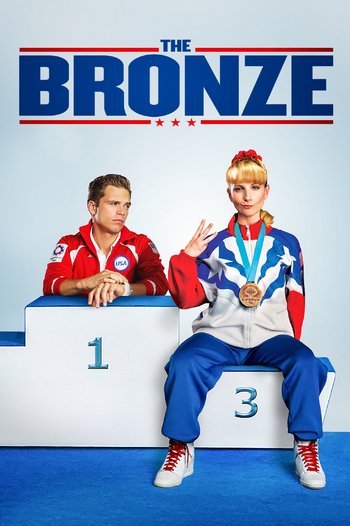 The Bronze is a 2015 comedy about Hope Ann Greggory, a former Olympic gymnast who, after a Career-Ending Injury, lives with her father in Amherst, Ohio and coasts by on her local celebrity status. When her former coach commits suicide, Hope is promised $500,000 if she'll train Maggie Townsend, an up-and-coming teenage gymnast headed for the Olympics. While she initially attempts to sabotage the girl out of jealousy, the threat of losing her inheritance prompts her to train her for real.

The Bronze contains examples of: