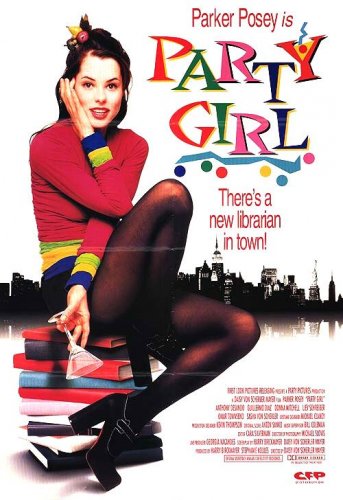 Mary (Posey) is a 20-something Hard-Drinking Party Girl in New York City, who gets busted for hosting an illegal rave in her apartment and thrown in jail. Turning to her godmother Judy (Sasha Von Scherler), a librarian, for help, she gets herself bailed out but Judy refuses to loan her money, instead offering her a job as a library clerk. Mary is initially doubtful, but soon discovers she has a natural talent for librarianship. Despite this, Judy doesn't respect her, thinking Mary will turn out just like her mother, a woman with "no common sense." With all of this Mary has to balance a budding romance with Mustapha (Omar Townsend), a Lebanese falafel salesman who wants to be a teacher, the continued affections of her ex-boyfriend Nigel (Liev Schreiber), and the budding career of her DJ friend Leo (Guillermo Díaz).