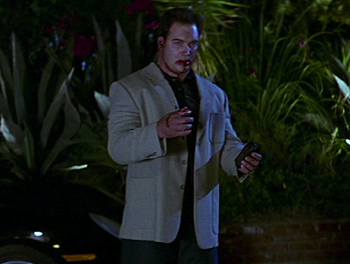 Dewdrop?...
Scream 3 may be considered the weakest of the series by most fans, but it still has a couple of scary scenes here or there.