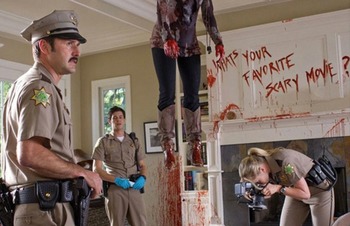 "What's your favorite horror movie?" How about none!!
After eleven years, the franchise returns with Scream 4. New reboot? New scares.