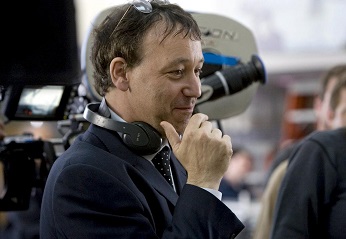 He is best known for creating the Evil Dead series and directing the Spider-Man Trilogy. He has the distinct honor of being one of few big-name directors believed by many to successfully pull off making films that are campy and scary at the same time.

Early on in his career, he was a frequent collaborator with The Coen Brothers: Joel was an assistant editor on The Evil Dead, the three of them wrote Crimewave and The Hudsucker Proxy together, Raimi had cameo apperances in Miller's Crossing and Hudsucker, and Raimi directed a montage sequence in the latter.

He reunited with Marvel Comics to direct Doctor Strange in the Multiverse of Madness (based on the equally long-running Doctor Strange comics), a sequel to the 2016 film that serves as part of Phase 4 of the Marvel Cinematic Universe. Fittingly enough, this film is also a direct companion to Spider-Man: No Way Home, which integrated Raimi's Spider-Man trilogy into the wider MCU multiverse.

He has a younger brother, Ted, who is also an actor and director.

Sam Raimi and his works provide examples of: