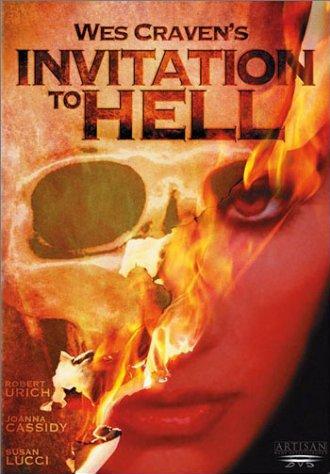 Invitation To Hell is a 1984 American horror movie for television by Wes Craven.

Tech engineer Matt Winslow (Robert Urich) has moved to a new town due to a lucrative job offer along with his family: wife Patricia 'Pat' Winslow (Joanna Cassidy) and his children Chrissy (Soleil Moon Frye) and Robbie (Barret Oliver). After settling in, various people in his social circle start pressuring him to join the Steaming Springs Country Club, which is run by one Jessica Jones (Susan Lucci), who is not quite what she seems...