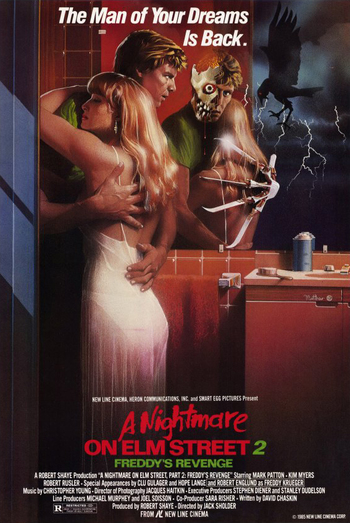 "You are all my children now..."
— Freddy Krueger
Advertisement:

The Walsh family has just moved in on the house previously owned by the Thompson family, and the oldest child Jesse has trouble sleeping. His dreams are haunted by Freddy Krueger, who has decided to take his night terrors into the real world, with Jesse as his vessel.