All Anime Is Naughty Tentacles 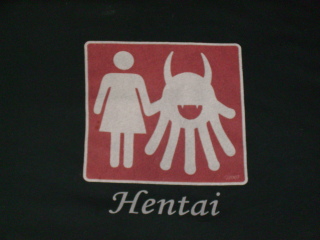 A specific exception to the Animation Age Ghetto, and a form of Public Medium Ignorance: the belief that all anime (or in some cases, every work of fiction from Japan) features/consists of sexually explicit material, grotesque sexual fetishes, and illegal pornographic material such as child pornography and bestiality. Since the recess of the Ghetto, this continues to be a relatively common belief these days, along with the idea that all Western adult animation is Animated Shock Comedy.

This trope began in the early '90s, on account of the western release of anime such as AKIRA, Legend of the Overfiend, and various works by Yoshiaki Kawajiri and Sho Aikawa. Since most purveyors of imported media back then were either undersexed, nerdy collectors specifically seeking out "mature" fare, or huckster distributors looking to make a fast buck on said collectors, the more "shocking" examples of the medium tended to be the ones that got priority for localization. Glorified rape stories are easily the most visible, and due to Values Dissonance, lesbian porn is actually quite rare and generally featured alongside straight sex... or rape.

By the end of the 90's, however, this trope had largely died down, as the massive success of shows like Sailor Moon, Dragon Ball, and Pokémon in the west largely cleaned up anime's image there, with the wave of Battle Shounen and Magical Girl shows that followed finally breaking this assumption and helping bring anime fully into the mainstream. However, it never truly became a Forgotten Trope, as it is still quite common for one to assume that a good chunk of modern anime is still dirty tentacle porn, or at least heavily sexualized. More recent variants on the trope are "All Anime is Lolicon and Shotacon" or "All Modern Anime is Moe''.