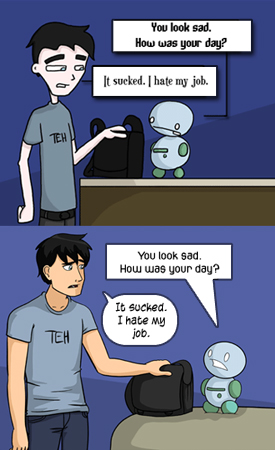 Some webcomics just get off on the wrong foot. Maybe they took a hard left turn in the middle of the archives, maybe they just had horrible art, scripting or were just plain boring. It takes a while for an artist to find their style,note often a long while, and once that style is found, the comics made eons ago strike of Old Shame to the artist.

Sometimes, it just pays to give new readers a new place to start off.

There are three ways to do so:

Compare Jumping-On Point, where a synopsis is made to get the new readers up to speed without (substantially) redacting any previous material. For works that undergo aesthetic or minor plot revision after they're finished, try the George Lucas Altered Version.