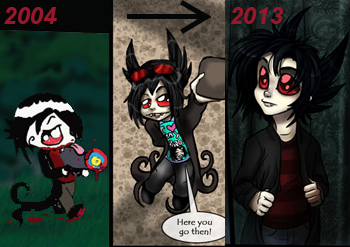 Because Web Comics are a medium dominated by inexperienced or non-professional artists, some degree of Art Evolution is more the default than the exception. Please do not list transitions from monochrome to color.