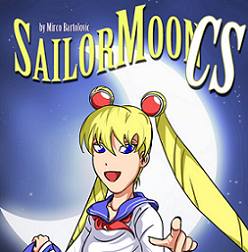 Sailor Moon CS is a Webcomic that is an epic re-imagining of Sailor Moon with a Shounen flair currently posted on DeviantART by a member named Kibate.
Advertisement: