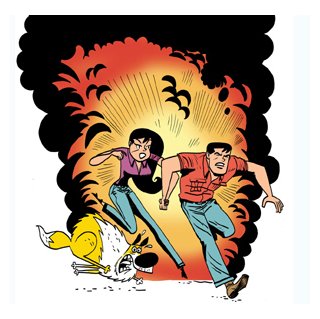 The adventure comic strip is back!... With a twist!
Advertisement:

Rip Haywire is an Affectionate Parody of old school Adventure comic strips created by Dan Thompson. Originally published online by Viper Comics, it has since entered the newspaper syndication sector.

Rip is a self-styled soldier of fortune who travels around the world battling assorted villains. Joining Rip are his talking collie, TNT, his ex-girlfriend Cobra and a Tagalong Kid named R.J.

It can be found at GoComics.