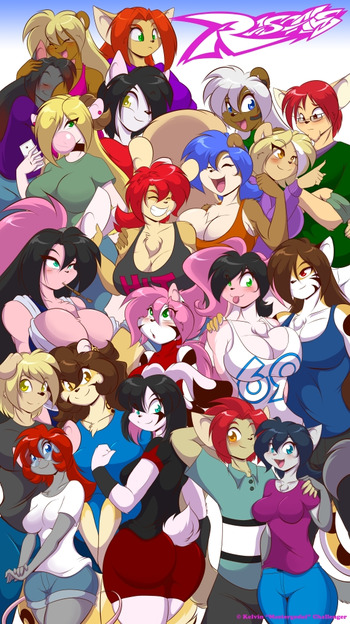 All those Hilarious Rascals.
Advertisement:

Rascals is an action/adventure/comedy/drama webcomic drawn and written by Mastergodai. Previously hosted by The Katbox, it is now part of the Kemono Cafe webcomic community. Rascals is done in memory of Tim Marks (a.k.a. Jabronisaur).

Follow the crazy antics of a group of friends from different backgrounds as they grow and experience the ups and downs of days dealing with Love triangles, misunderstood situations, annoying jobs and nosy parents. Will all of them find a happy ending in this crazy thing we call Life? Let's join them and find out!

You can read Rascals on Kemono Cafe here

. The comic can also be seen on Webtoons here

and on on Tapas here.