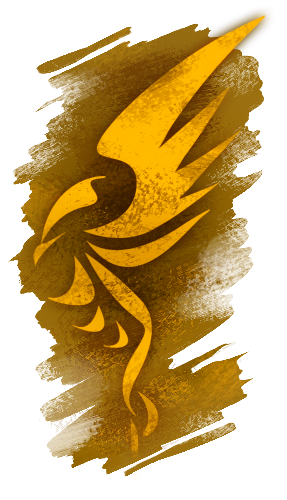 The Flag of Pandion
Set in a vast world of endless cloud seas, Evus is a steampunk-inspired story about adventure and discovery – of both the mysteries of the world outside and the world within.
Advertisement:

The planet of Nem is a troubled one, torn by brutal wars between its three nations for as long as anyone can remember. As technology continues to advance and the battlefronts become ever more deadly, mysterious events have begun to occur. Entire cities drop from the sky without warning, sinking into the lethal storms of the Underclouds. Crystalline monsters called Lightstriders have begun to emerge from these storms, attacking and eating unsuspecting people at night. No weapons can harm them, and no one knows their intentions. Some believe the war may be the cause, while others believe it’s the fault of “Evus,” a mysterious, illegal, and supposedly lethal art.

In the midst of this chaos, an adventurous, idealistic boy named Wester comes face-to-face with the reality of the world’s crisis. Fearing the eventual fall of his beloved hometown, he sets off on a journey to his capital city. Little does he know, his adventure will quickly become far different and far greater than he could have ever imagined…

Evus is written and illustrated by Kirsten Mackey and can no longer be found online. It is part of the Spider Forest webcomic community.