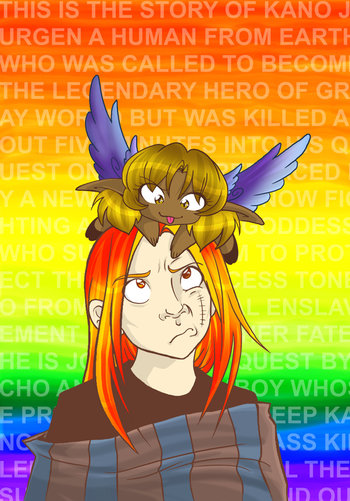 is an ongoing Webcomic about an androgynous young man who is transported to a fantastical Alternate Universe, where he, as the Chosen One, teams up with the rest of the Five-Man Band to save the princess and vanquish the Big Bad in the process. What? You've heard this one before? Oh, we forgot: the hero is a mentally unsound hippie-nerd with several alternate personalities, one of which is his neurotic 8-year-old self (maybe), another of which is actually a psychopathic, serial murder-rapist's vengeful ghost. And it's entirely plausible that the entire thing might just be a head-trauma induced hallucination...

Not to be confused with Kagerou Project.