Webcomic / All Over The House 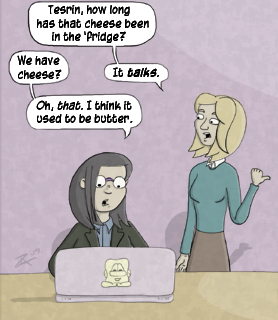 Once a student, always a student.
Advertisement:

All over the house

is a humorous webcomic created in 2009 by Creator Couple Zoe Robinson (art and writing) and Jennifer Kirk (writing). The humor in the comic comes mainly from the interactions of its central duo, who apparently live together despite their massive differences in lifestyles, world views and relative levels of sanity.

The main cast is: