Webcomic / All Roses Have Thorns 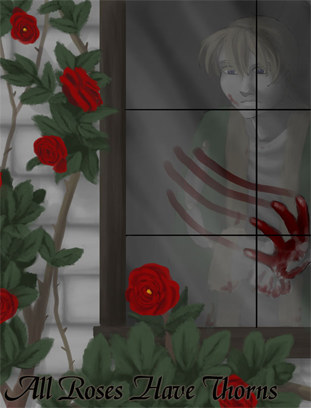 All Roses Have Thorns is a Webcomic about a vampire named Collamair, who one night decides break into the home of a peasant named Faylin. Collamair slaughters his family before his eyes, turns him into a vampire, and brings him back to his castle to force Faylin to be his new sex slave. Eventually things grow more complicated as Collamair grasps with the consequences of what unforgivable atrocities he's done, and Faylin struggling to find his place in the world now that he has been forced into immortality, as centuries begin to pass by around them.

The comic contains moments with lots of pretty extreme violence and graphic sex, so it is most definitely not for young viewers. Read it here