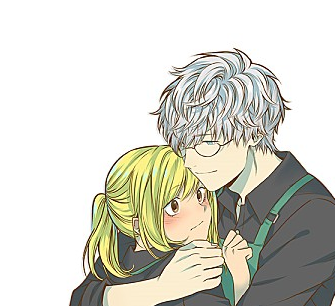 So happy together...
Advertisement:

My Deepest Secret is a drama Webtoon created by Hanza. It follows Emma, an ordinary college student who works part time at a coffee shop, and her relationship with her seemingly perfect boyfriend, Elios. Elios is attentive, attractive, and utterly devoted to Emma. He works at the coffee shop with her, walks her home, and is extremely protective of Emma, confronting anyone who mistreats her. You'd think this would be a perfect set-up.

Things get more complicated when Yohan, a young detective enters the fray, and Emma's own past comes into question. What will happen when Elios and Emma's secrets are uncovered?

. It updates every Tuesday.

My Deepest Secret contains examples of: