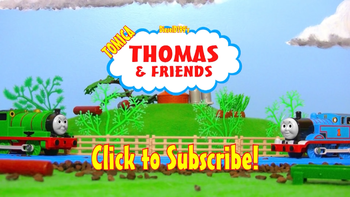 on YouTube. It follows the same general idea, but with in-jokes, parental bonuses and themes that wouldn't be present in the original show. It was originally made with Tomy toys, but like the show, has since gone CGI.